“When you’re in Canada in the winter, you have one of two choices.
You can embrace winter, or you can sit at home like a sissy.”

For a Canadian, I (Audrey) am pretty wimpy when it comes to winter

Since Sam has been back home in Canada visiting his family this month, he’s gone ice-skating, played hockey outdoors, and even gone snow-shoeing through the woods. I, on the other hand, have been hibernating in Korea, cozying up with my electric blanket, and drinking cups of hot tea while I catch up on Argentinean films. Winter in Korea is on par with that in Canada, except I just can’t deal with it.

Sam’s opening lines in this video made me laugh because while he’s embracing winter, I’m clearly being a sissy in Korea…

But let me paint you a picture of just how cold it gets over here. 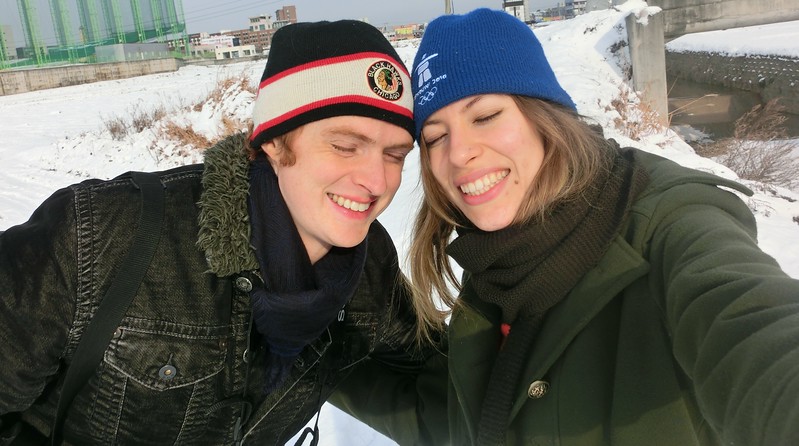 – Your eyeballs feel like they are going to freeze.

– Everyone at work wears their winter jackets indoors, ALL DAY LONG.

– Sometimes when you pee, steam rises from the toilet bowl. (TMI, but I bet you didn’t think that was possible!) 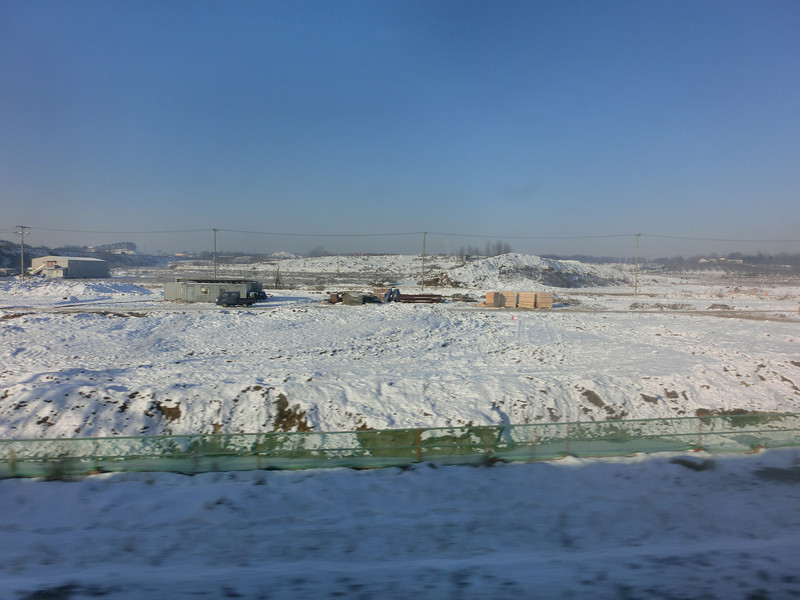 – I have to wear my touque, mittens, and scarf while I teach in class even though the heat is ‘ON’.

– Kids carry hot packs in their pockets to keep their hands warm.

– You can see your breath when you are INDOORS.

– You want to eat haejangguk every single night.

– Walking is more like ice-skating. He does it well. I don’t.

– There are no snow-plows where I live, which means no one clears the snow. It simply accumulates and cars slide around at 15 km/hour.

– I wish I were six again so that I could wear snowpants.

– I got an electric blanket for Christmas and thought it was THE BEST present ever!

– It takes 2+ days for clothes to dry in the apartment.

– The sidewalks in rural areas aren’t salted or cleared, which means they look like this: 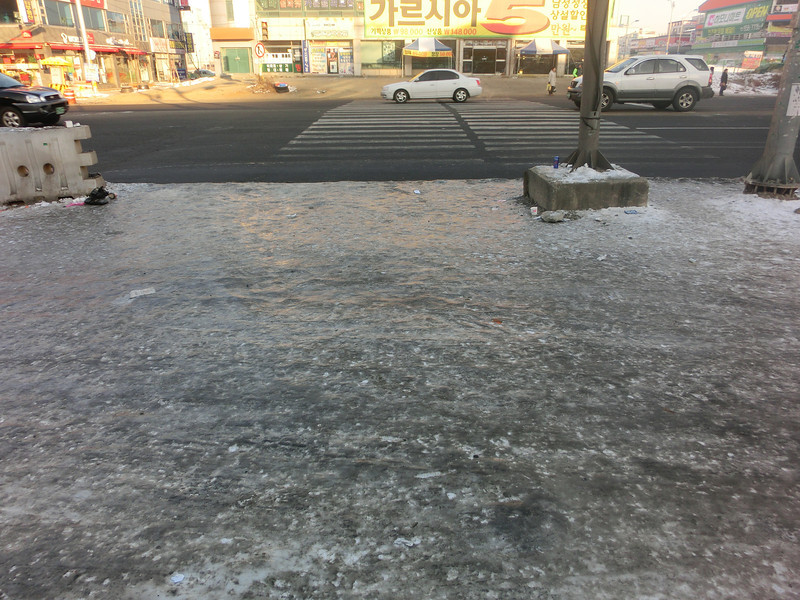 – Teachers have blankets in the office that they use to cover their legs while they sit at their desks.

– I put off going to the supermarket even though my fridge is empty, because it’s just that cold!

– There is no hot water in most public bathrooms which means you just sprinkle some water on your hands for 3 seconds tops.

You probably think I’m exaggerating, I would too.