Moment when you thought, “Daaang, I like this one!”

Get To Know Samuel & Audrey in this silly interview.

Samuel:  When I first met Audrey I had this clever idea of trying to impress her with a late afternoon lunch at my favourite Indian buffet in Itaewon.  I hadn’t been to this area in years and when I took her to where the restaurant used to be located it had been converted into a sauna.  Fail.  She then asked me about a second hand book store she wanted to visit.  Of course I knew where that was.  I didn’t.  It had moved somewhere else.  Fail.  I owned the special distinction of being the world’s worst tour guide that afternoon but she seemed to enjoy getting lost with me and we’ve been having plenty of misadventures together ever since.

Audrey: Sam decided we should eat at an authentic Nigerian restaurant. The place was in some obscure building up a flight of stairs, we were the only foreigners there, and the table had greasy finger streaks on it. Sam ordered several dishes which we proceeded to dig into with our hands; I remember looking up at him from across the table and seeing him gnawing on a piece of bone that had more fat and cartilage attached to it than it did meat. I knew that instant I could travel with this guy. 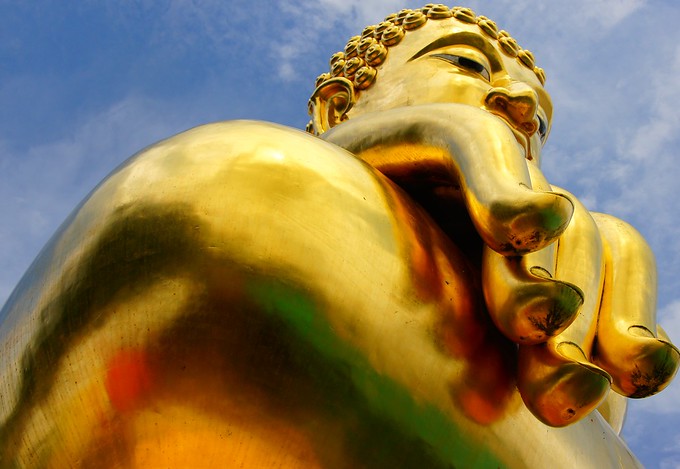 Name one place you think the other needs to experience.

Samuel:  South East Asia!  My favourite region to backpack in the entire world is somewhere she’s never been.  I can’t wait for us to wander around ancient Buddhist temples, devour delicious street food, snack on exotic fruit snacks and slurp spicy noodles.  I have a feeling she’ll be just as addicted as I am in no time flat.

Audrey: Rio de Janeiro! This Brazilian city is the most charming of them all. The crumbling colonial architecture adorned with bold graffiti, late night samba music which flows out of the bars, bohemian neighbourhoods and gritty back streets, cold caipirinhas best enjoyed by the beach, some of the biggest football fans in the world – that he has to experience!

Most annoying bus ride you’ve ever been on?

Samuel:  Kolkata to Dhaka.  Sometimes you hear stories from others about how they thought they were going to die.  Well, on this particular bus trip I had a very strong sense that this could be my very last.  I’ve never seen a bus play chicken with so many other vehicles, animals and inanimate objects in such a short period of time.

Audrey: Pune to Goa. Not because the roads were so curvy that I was trying to hold my curry down, and not because the AC was blowing so strong that I felt the need to cocoon myself in my sleeping bag, but because they were blasting Bollywood films at 3 in the morning and I didn’t want to be the annoying foreigner who told the driver to turn it down.

What’s something you’re embarrassed to admit you carry in your backpack?

Samuel:  On my most recent trip around South East Asia I got tired of deciding what shirt I’d like to wear each day.  To streamline the process I bought a series of Orang-utan shirts from a local artist in Melaka, Malaysia while discarding the others I had been carrying for quite some time.  I now only had to ask myself ‘What colour of Orang-utan’ I wanted to be each morning 😛

Audrey: Rolls upon rolls of toilet paper. Seriously, I stuff them into every pocket and small compartment.

What’s one meal your partner is always ordering? 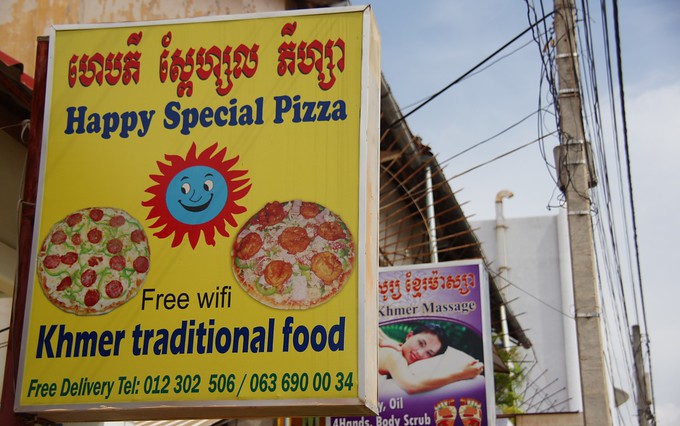 Samuel:  For someone with such an attractive figure you’d be surprised at how often Audrey is ordering food.  I didn’t think I’d ever meet somebody as obsessed with eating as I am.  Sometimes we’ll plan an entire day around our meal plans and snacking sessions.

Audrey: Pizza! Even more impressive is watching him devour an entire large pizza…okay, fine, he gives me ONE slice!