Sometimes it’s easy to get caught up by the swarm of people flooding the street of Insadong – Seoul, South Korea.  After-all, it’s the distinct faces along Insadong that make it the most lively pedestrian area in all Seoul; however, it’s the artisans, street vendors, performers, crafts, antiques and details that given this ‘famous strip’ its cultural appeal.  It’s a fascinating experience to encounter modern city slickers decked out in the latest trendy fashions competing for the same space as those adorned in traditional attire plying ancient methods of artistry. 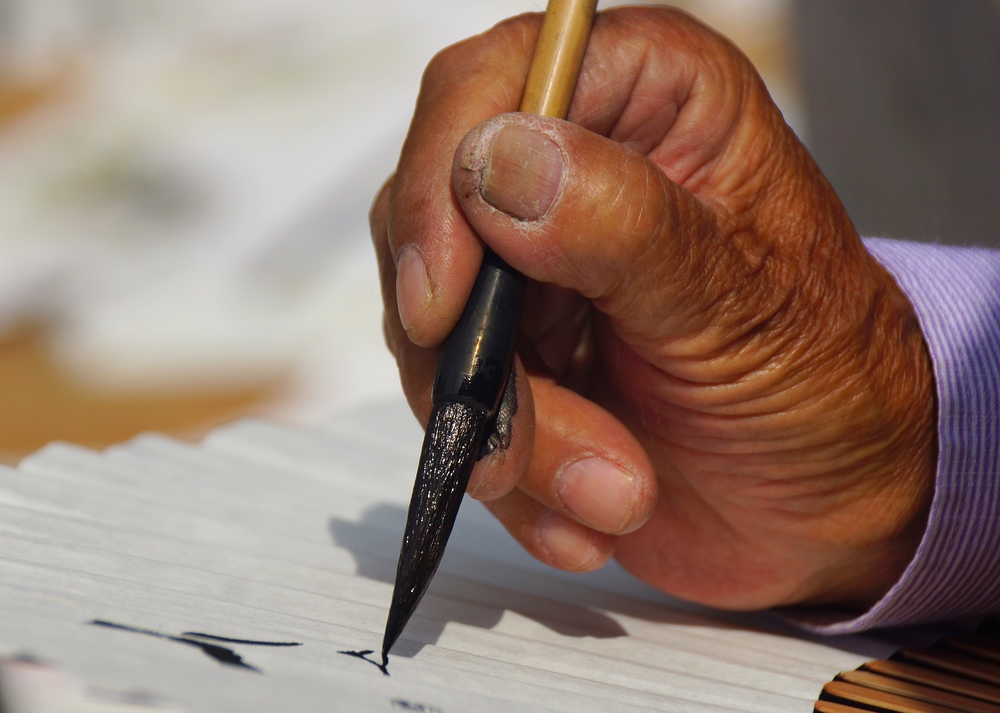 A close-up shot a Korean man’s hand drawing designs on a paper fan. 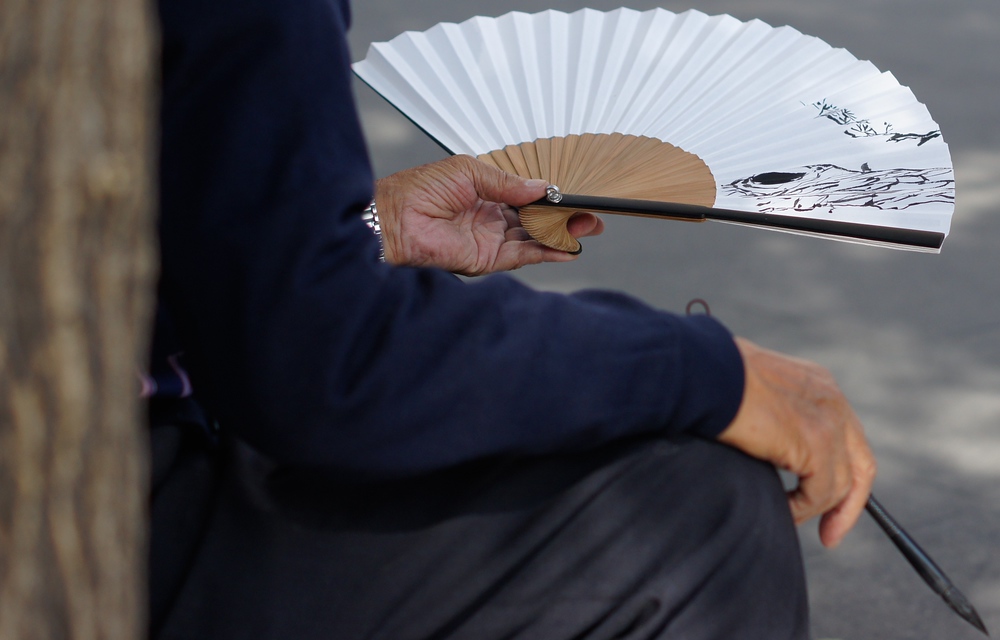 An elderly Korean man sits against a pole on the street of Insadong with a fan in his hand. 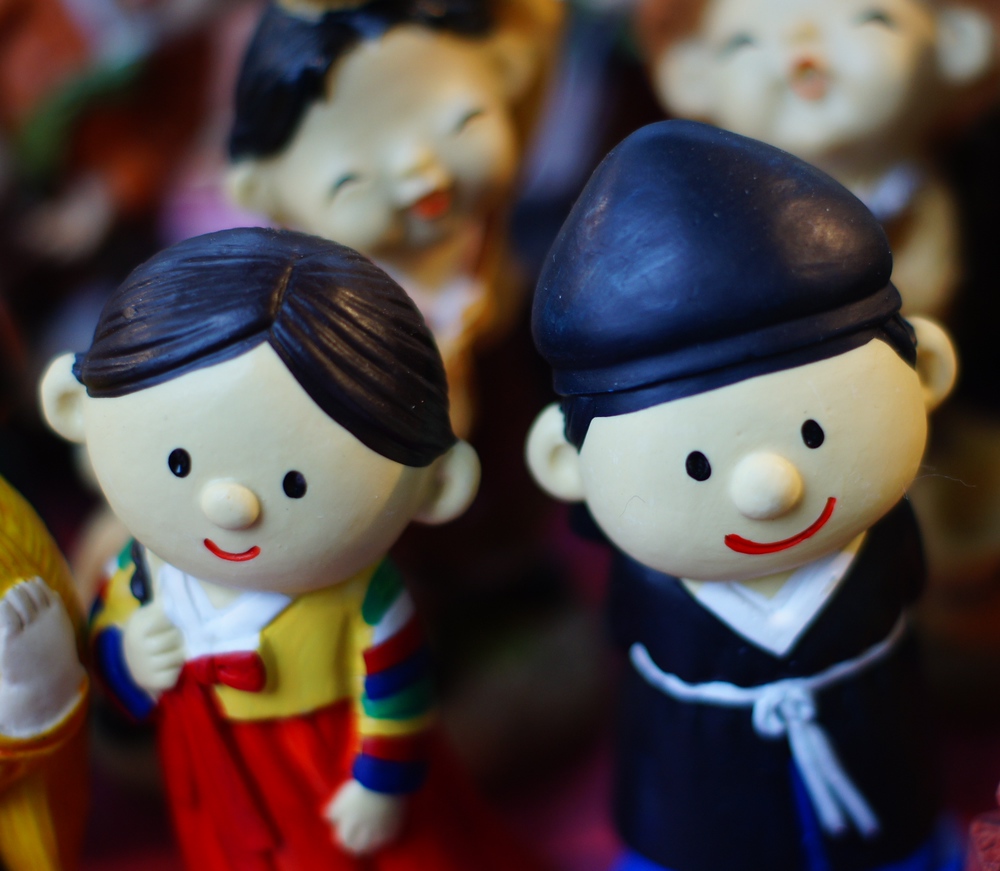 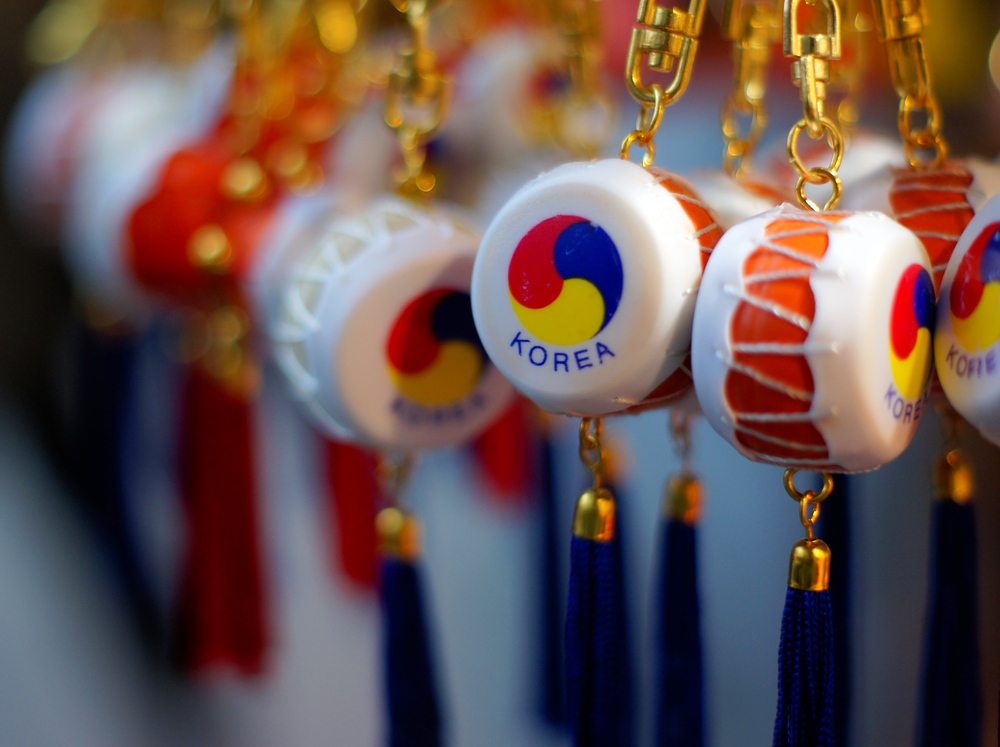 Korean key-chains are on display for tourists looking for a cheap souvenir. 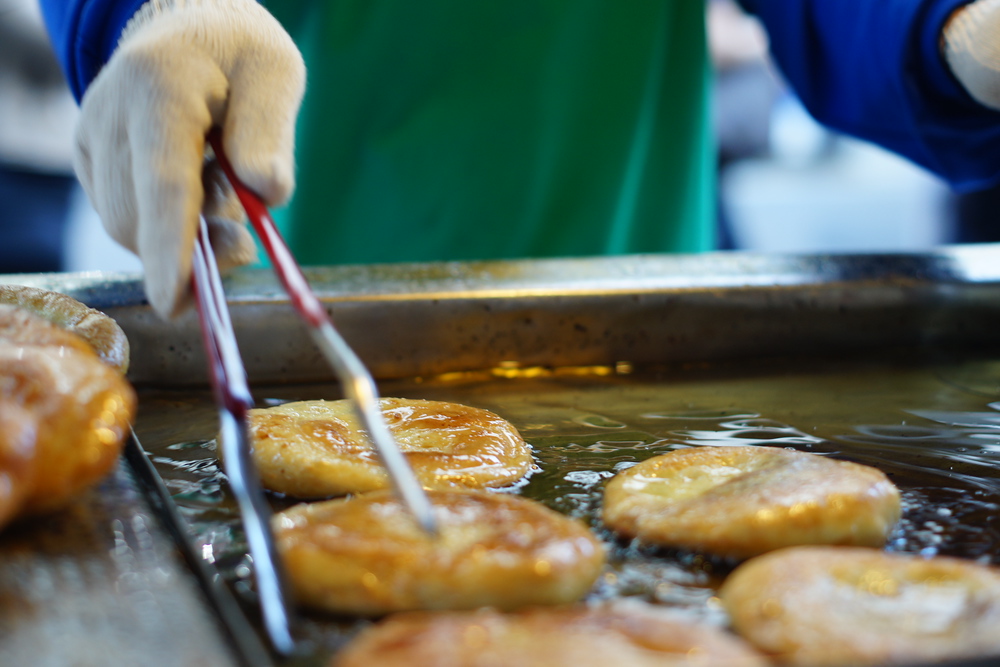 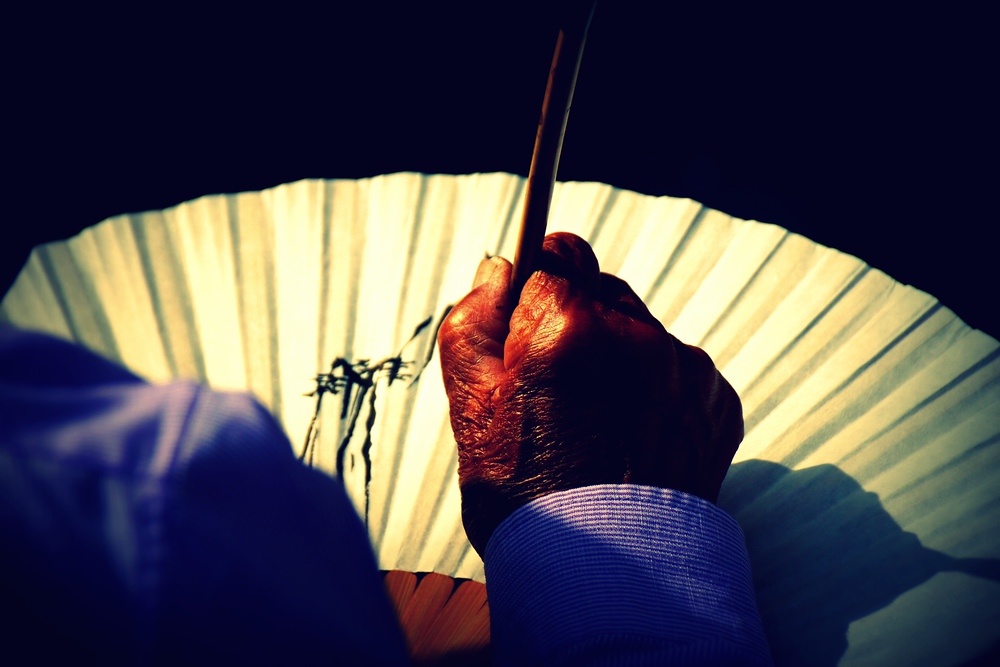 An overhead perspective of a Korean artisan perfecting his craft on a fan.

A number of Buddhist sculptures on display in Insadong – Seoul, Korea. 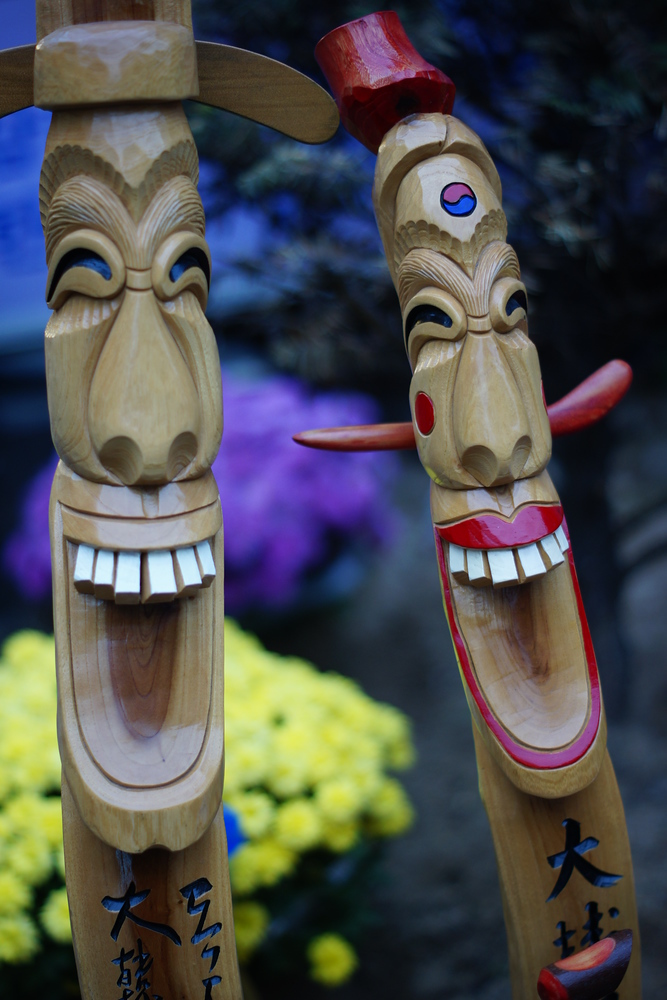 These Korean totem poles have enormous happy faces. One can’t help but feel ‘happy’ just looking at them 🙂

This is a close-up shot of a drawing being sold on the streets of Insadong. As a travel photography tip, it’s good to use a prime lens with a wide aperture to achieve a shallow depth of field for a select focus and blurred background. 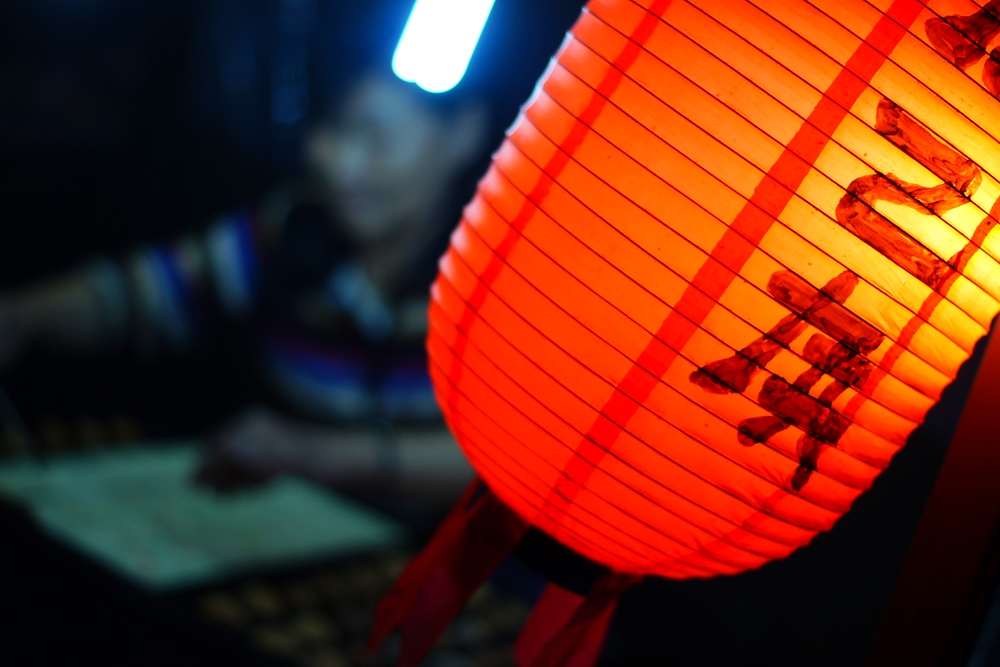 A red lantern with Chinese characters lit up at night – Insadong, Seoul, Korea. 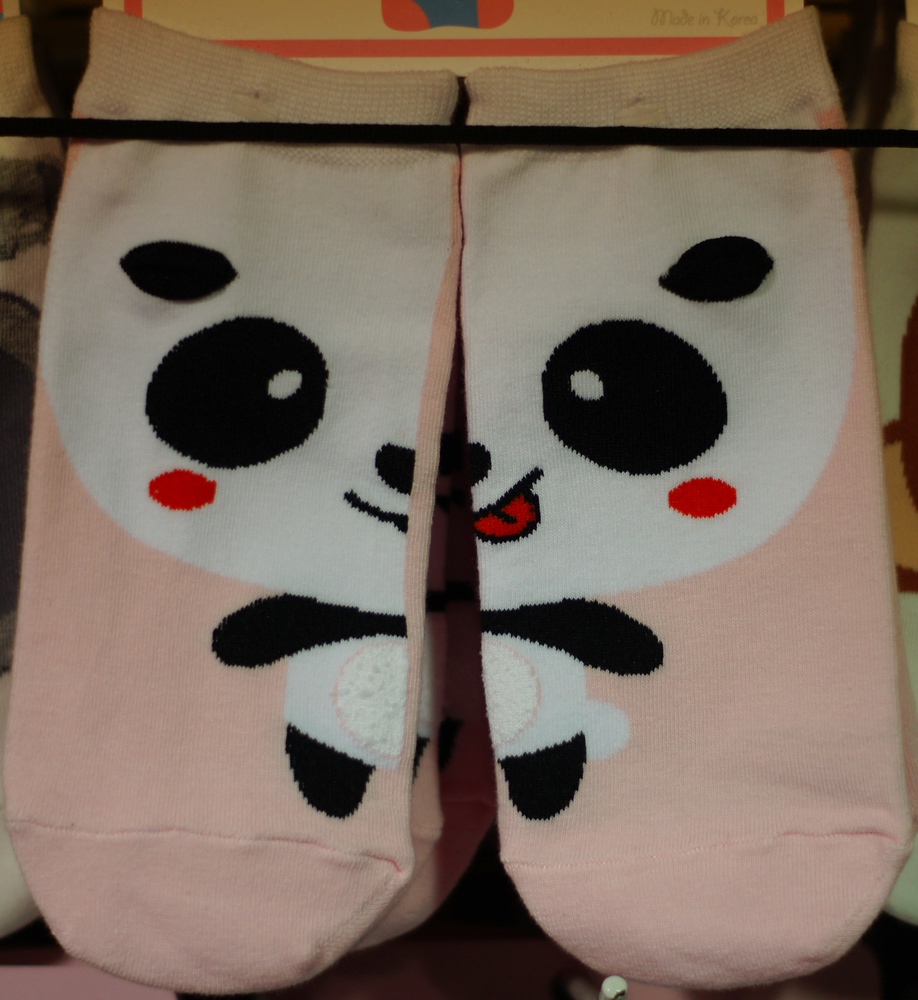 These cute Panda socks are on sale for those wandering down Insadong – Seoul, South Korea. 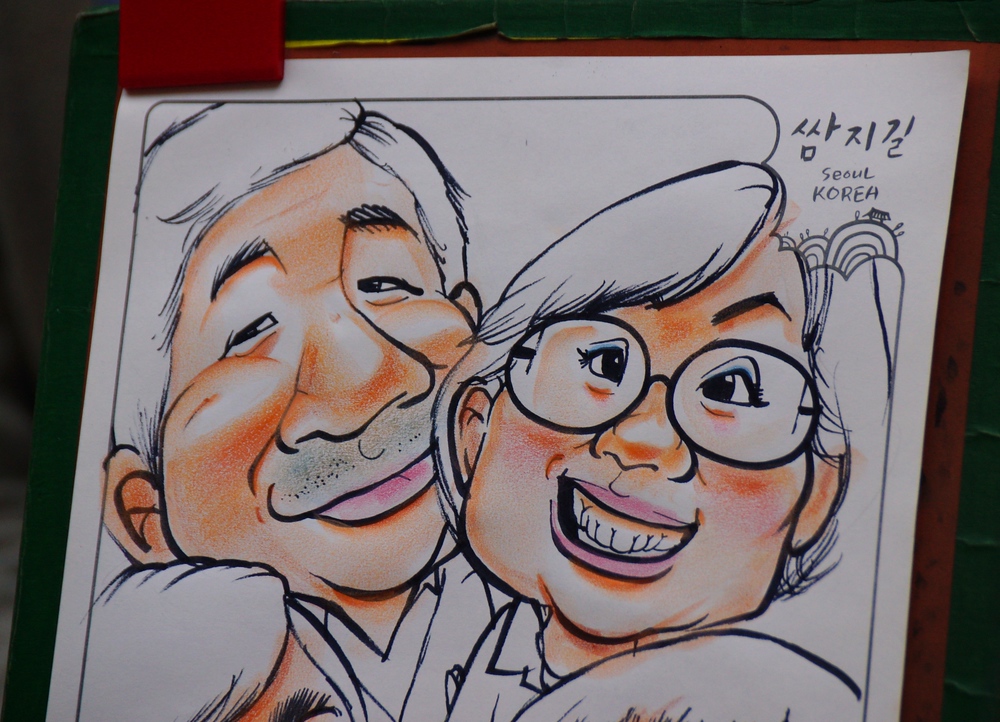 A caricature of a Korean couple drawn in a mall area of Insadong – Seoul, Korea. 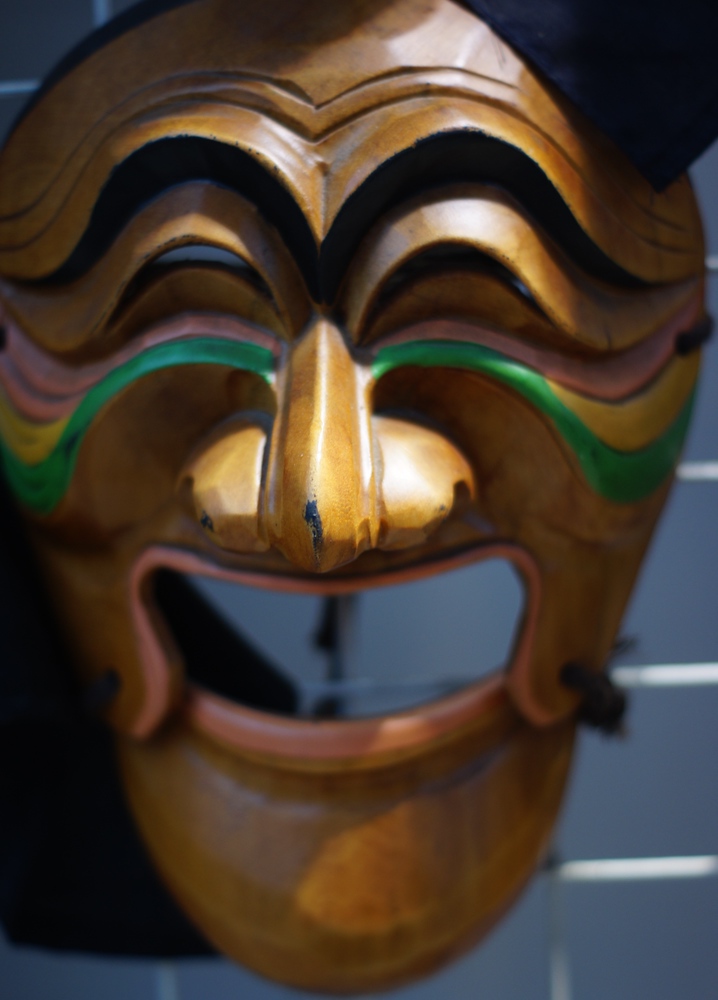 This is a Korean traditional mask with what appears to be a smiling face carved out of wood. 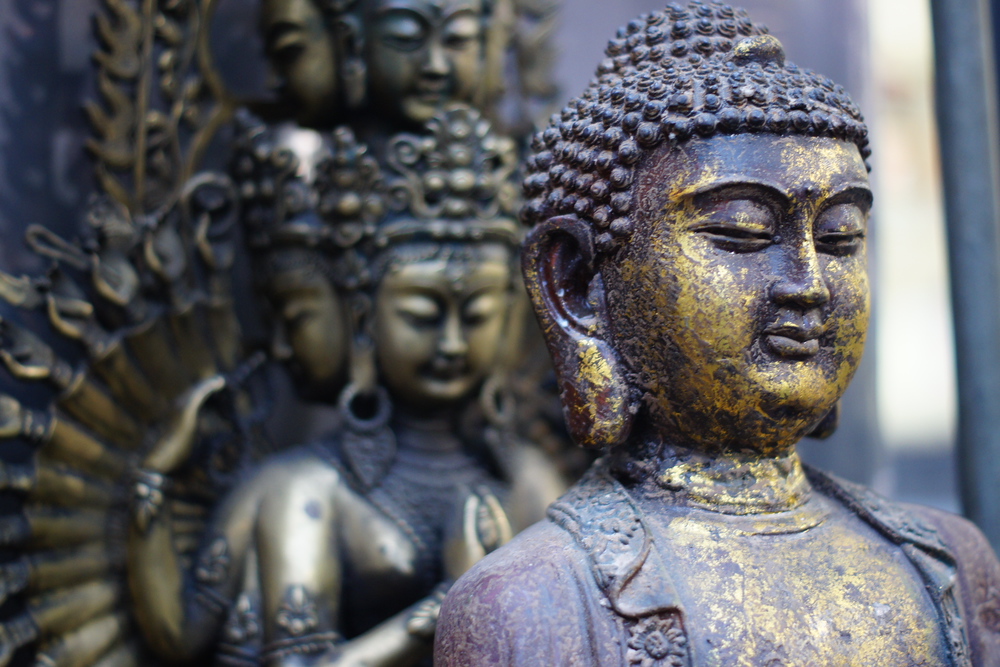 A number of Buddha statues are on display at shops in a back alley of Insadong. 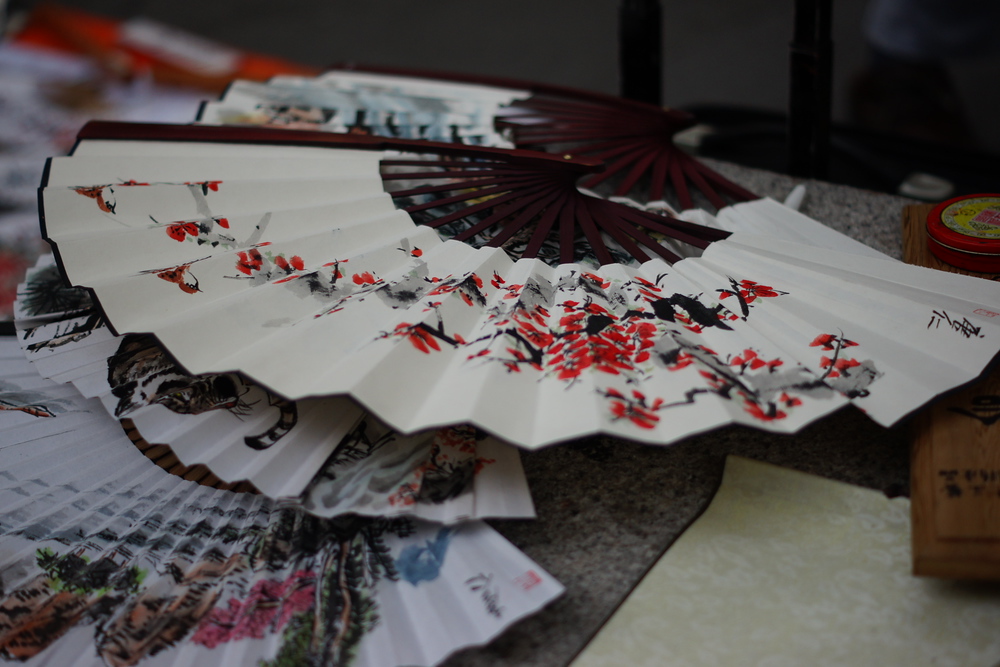 A group of intricately designed Korean fans are spread out along a table on display for sale.

A close up shot of a traditional Korean scholar. 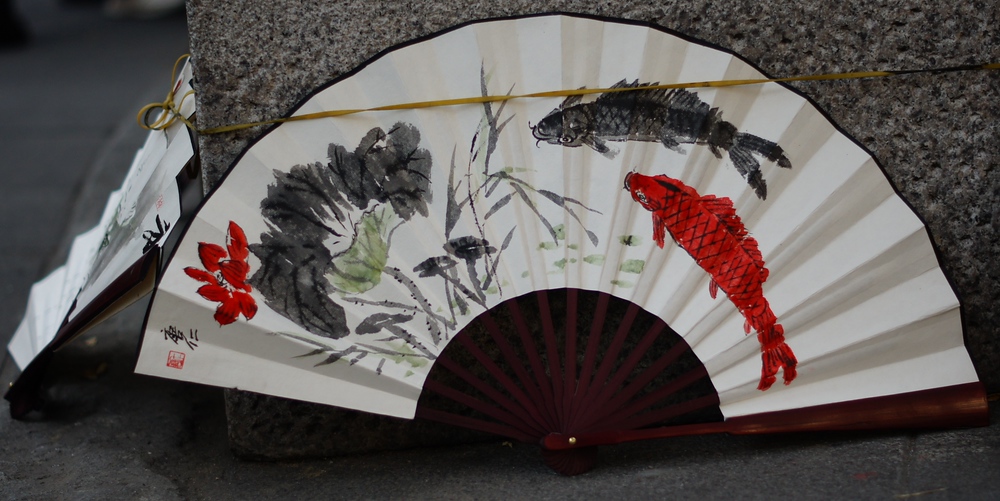 This is a traditional Korean fan with flower and fish arrangements skilfully painted on it. 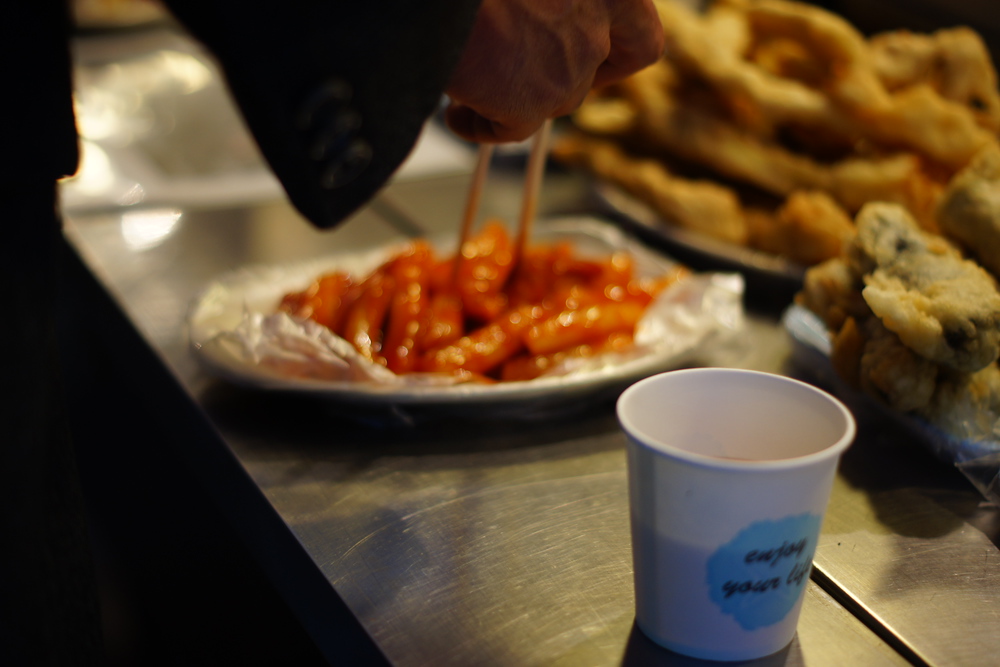 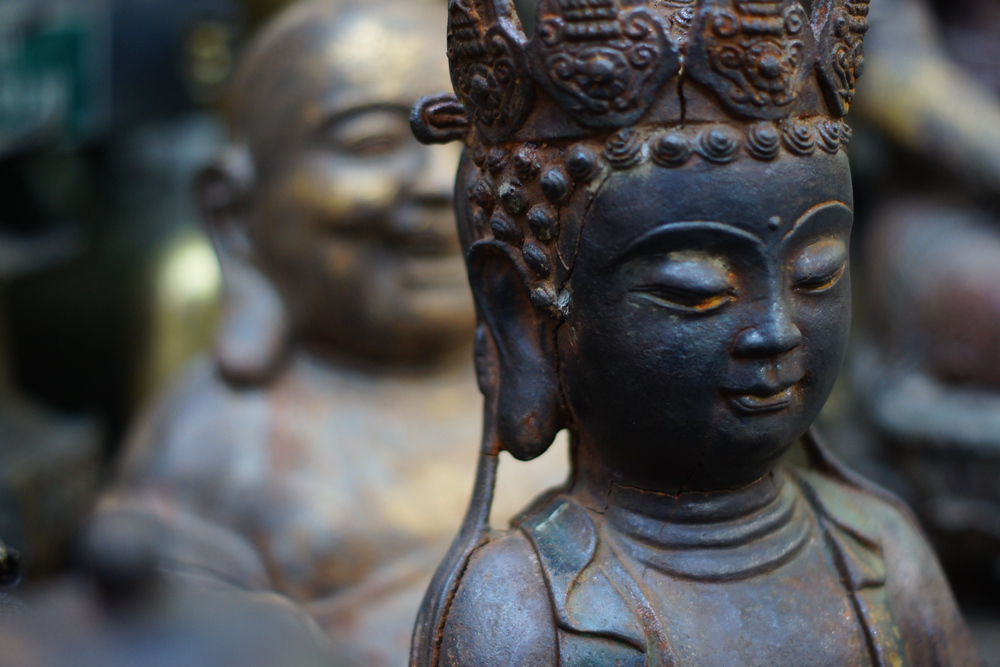 This is a close up shot of a Buddhist statue on sale.