When I first feasted my eyes upon Kek Lok Si Temple ( 极乐寺: the temple of supreme bliss) I knew this was something unlike anything I had ever seen before in my life. As the largest Buddhist temple in all of South East Asia, the massive complex looms large even from distant vantage points.

Traditional Chinese culture and rituals correspond harmoniously with Mahayana Buddhism in this imposing complex. With support of Chinese consulars the temple was built in 1890 inspired the Goddess of Mercy. What’s fascinating today is that the complex continues to expand fuelled chiefly by donations from wealthy Chinese patrons.

Although the temple is a feast for the eyes it is impossible not to mention how over-commercialized it is in certain sections during the holidays. One can literally at times feel as though they’re in a shopping centre more than a sacred place of worship; however, there are areas where one avoid the hustle and bustle.  Also, it’s recommended to book your hotel in Penang in advance for the high season (December to February).

The following is a photo essay capturing Kek Lok Si from a variety of different vantage points throughout the complex: 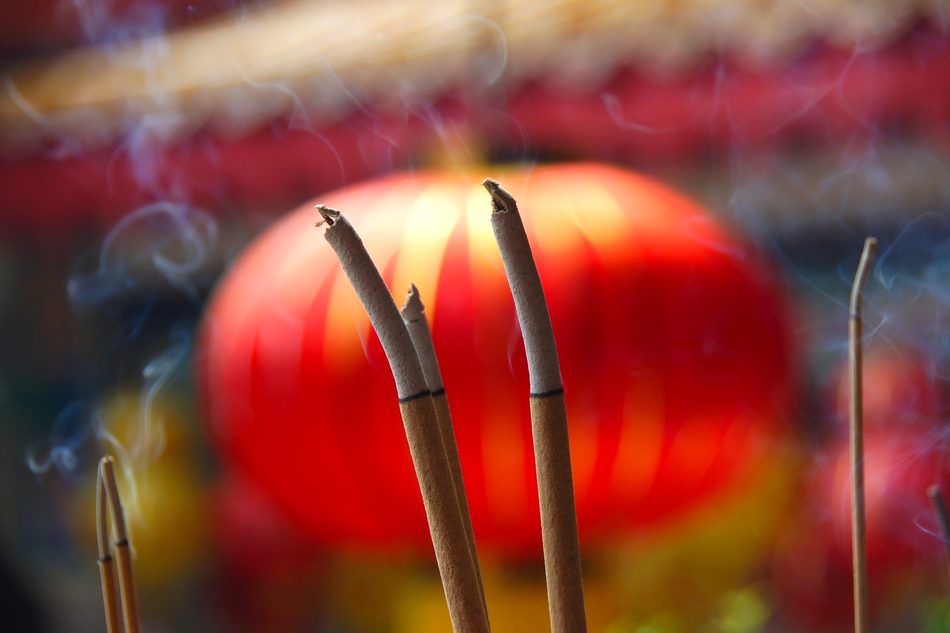 Burning incense sticks with colourful paper lanterns blurred out in the background.

An upwards perspective shot of a Buddha’s hand.

A profile shot of Buddha’s face. 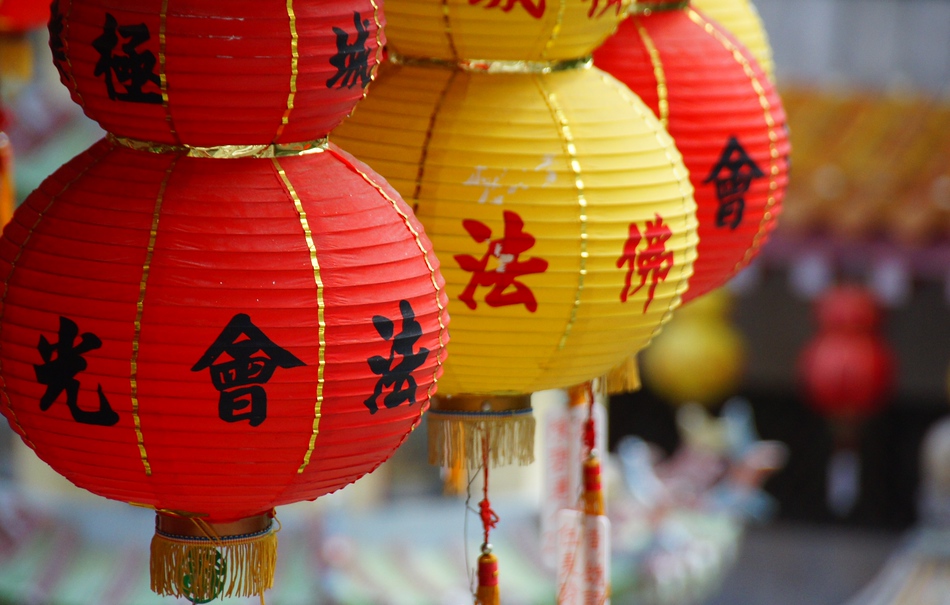 A lady down on her knees praying.

An imposing sculpture looms large in the background. 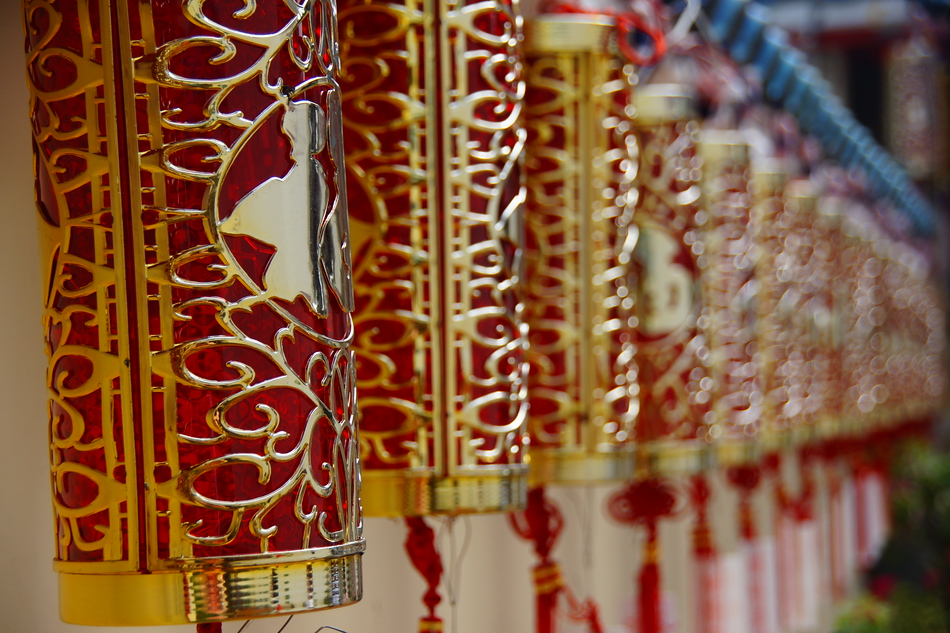 Ornamental glass decorations lined up in a row.

Distinct Facial sculptures on the wall.

An imposing sculpture with a very distinct facial expression. 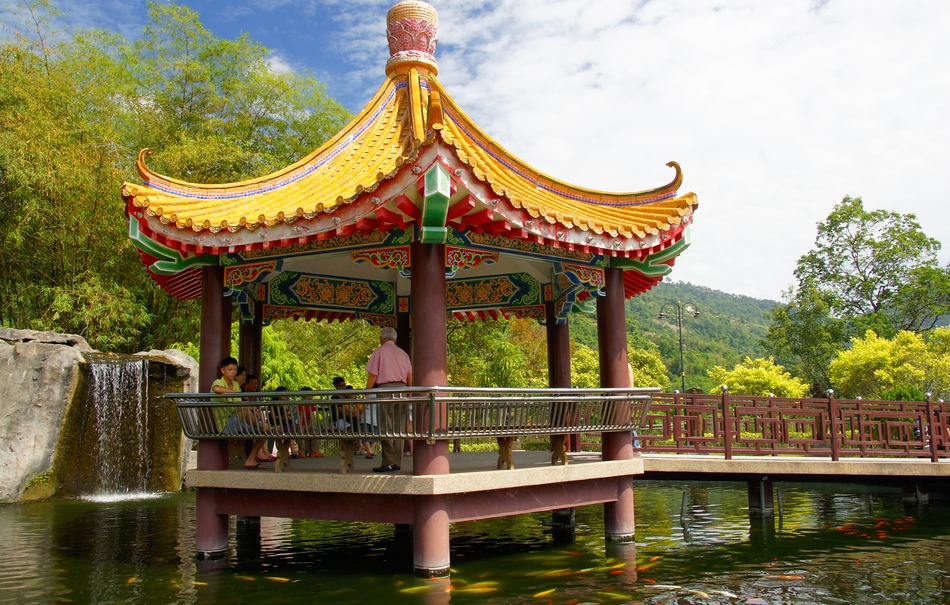 A Pavilion overlooking a scenic area.

An intricate staircase leading up to a temple

A shot of the colourful rooftop.

A close up shot of a Buddhist face. 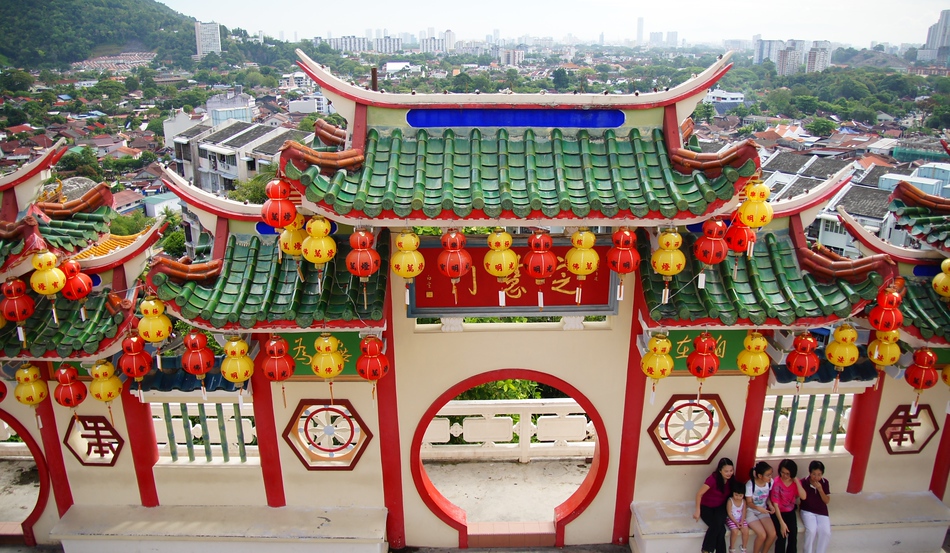 A gate offering scenic views of the city below.

A shot of the waterfall crashing down with fish nearby.

Travel Photo of a gorgeous pathway with lovely scenery and trees.

A turtle competing for space in a crowded pool of water.