As I (Nomadic Samuel) boarded a train with Audrey (That Backpacker) I knew we were heading on a journey unlike any other we had previously experienced together in Korea.  Decked out in our ‘worst’ we were heading to an event where if we came back home looking anything less than covered in mud it would be an absolute travesty.  The Boryeong Mud Festival is a summer event in Korea where getting muddy, drunk and rocking out are served up aplenty.

As we boarded our train heading from Pyeongtaek to Daecheon we couldn’t help notice all the ‘other’ Waegooks (foreigners) on board.  We noticed one girl chugging down on a gargantuan sized bottle of vodka.  I’ve heard of chasing a bit of bubbly down before an event but this chug-a-thon was altogether in another realm that would set the tone for the entire day.

The event was a spectacular collision of drunken stupor, mud wrestling, pulsating music & raging hormones.  For a more comprehensive guide to the event check out my ‘sister’ Boryeong Mud Festival Photo Essay on Nomadic Samuel photo gallery.  One of the funniest and random events happened while we were on our way back home.

A group of drunk foreigners in their early 20’s were wielding an enormous plastic red kayak paddle.  As I waltzed past these fine young specimens one of the guys boldly exclaimed, “Can I smack your ass?!?!” to which I replied “No, thanks.”  As I stuttered onwards one of the young lasses ripped the paddle  out of his hands chased after me  and gave me a really solid whack in the derrière.  It was too funny for me to be offended.  Audrey nearly rolled on the ground howling.  Sometimes it’s those quirky memories that burn a lasting impression in your memory.  I don’t think we’ll be forgetting that any time soon.

YEAH! Are we having a good time or what? A group poses during the festivities. 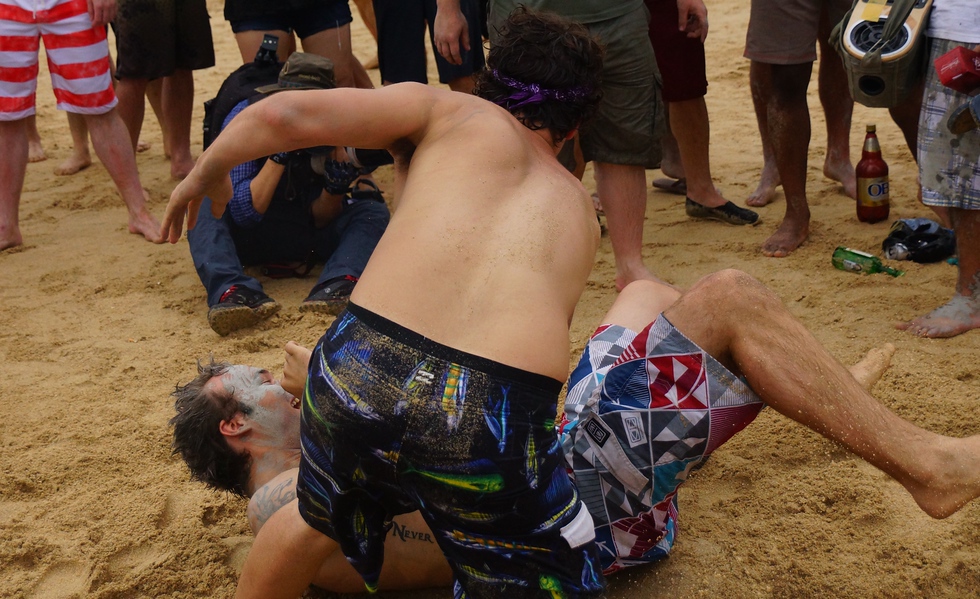 Two foreigners wrestle on the beach and one is clearly winning this match with a serious take-down.

Two foreigners inside tubes collide with one another in an attempt to knock the other one down. 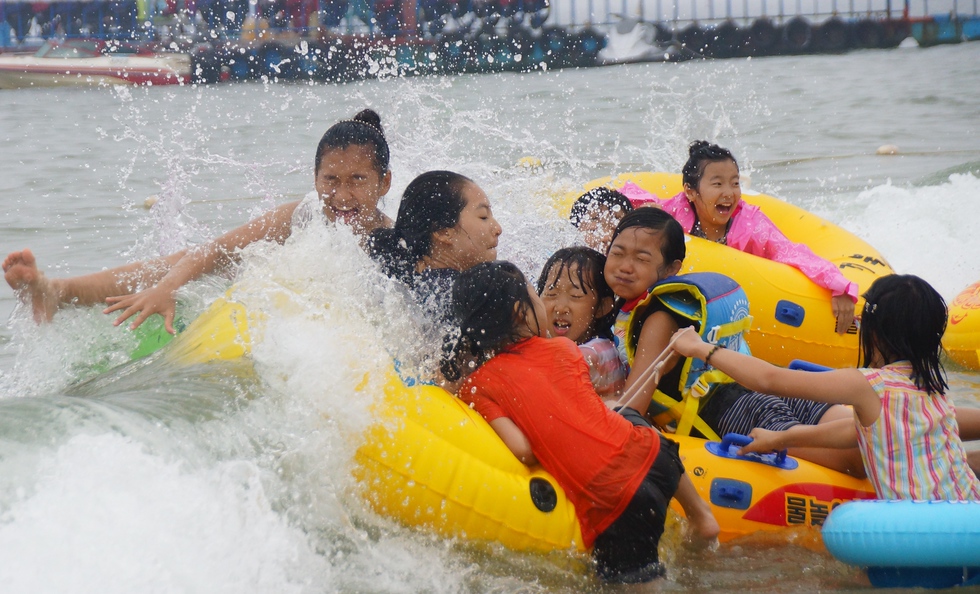 A group of Korean girls are toppled by a wave.

A lovely smile from a foreign lady posing for the camera. 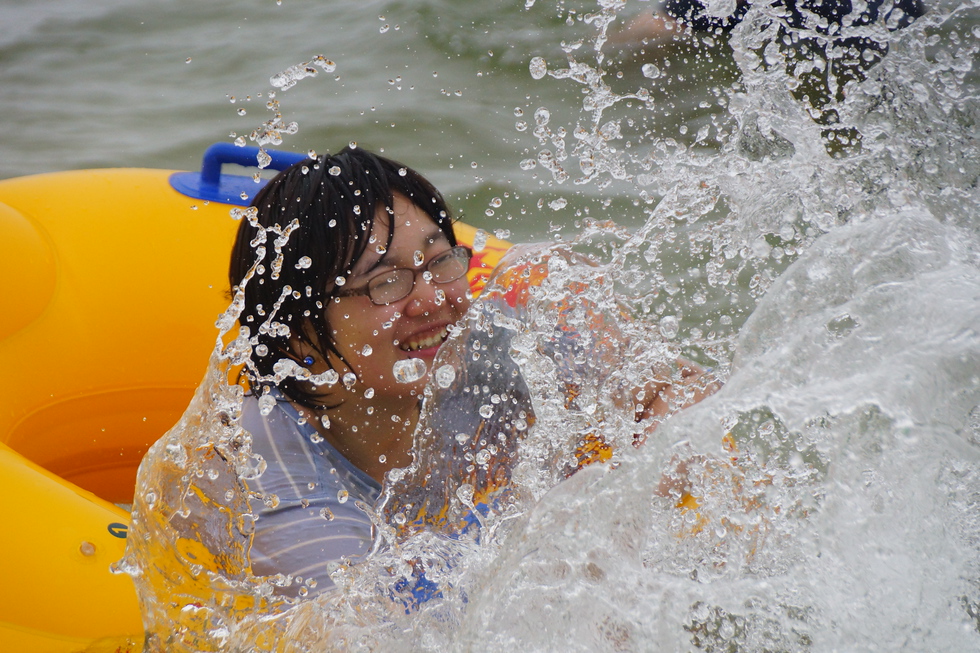 Splish splash, a Korean lady is getting soaked in a water fight with her friend. 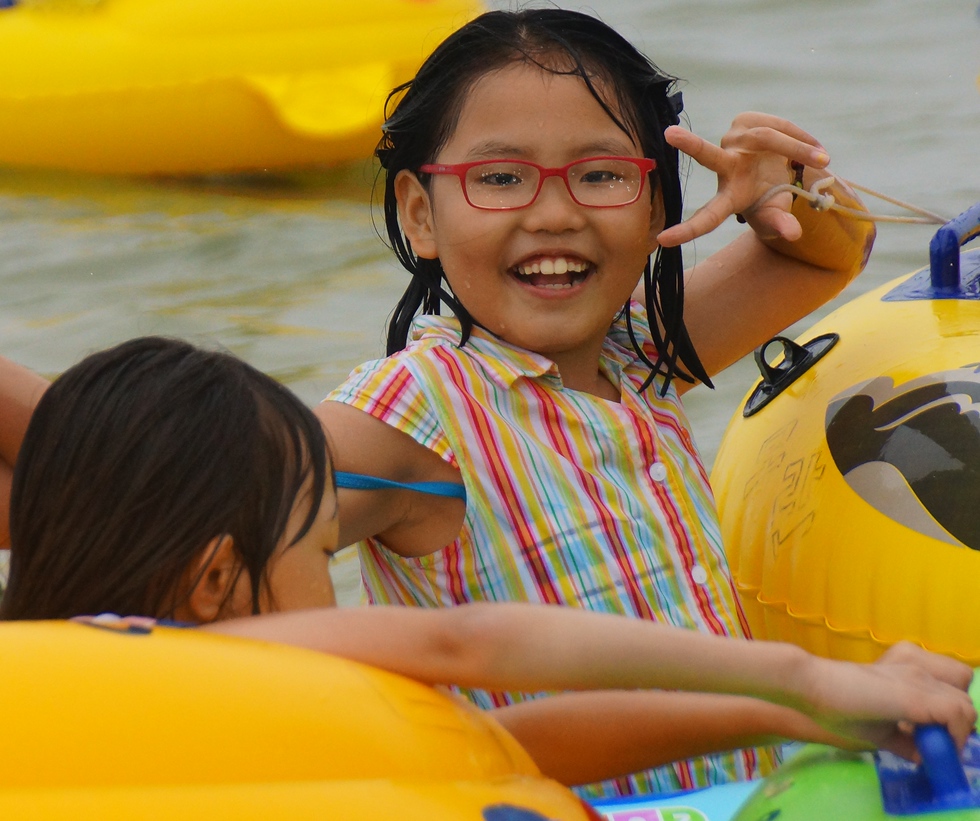 A cute Korean girl wearing red glasses poses for the camera, flashes a smiling face and appears genuinely happy in the water.

Some friends enjoy a happy faces moment on the beach.

Two Korean girls paint themselves with mud nearby Daecheon beach. 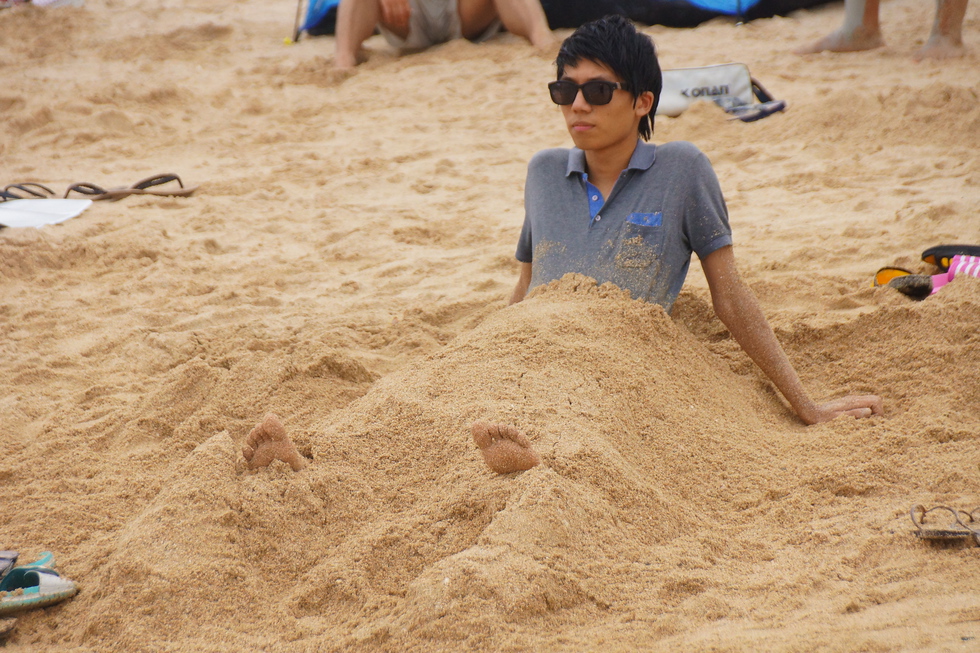 A Korean man is buried in sand yet looks surprising chilled out and relaxed on the beach. 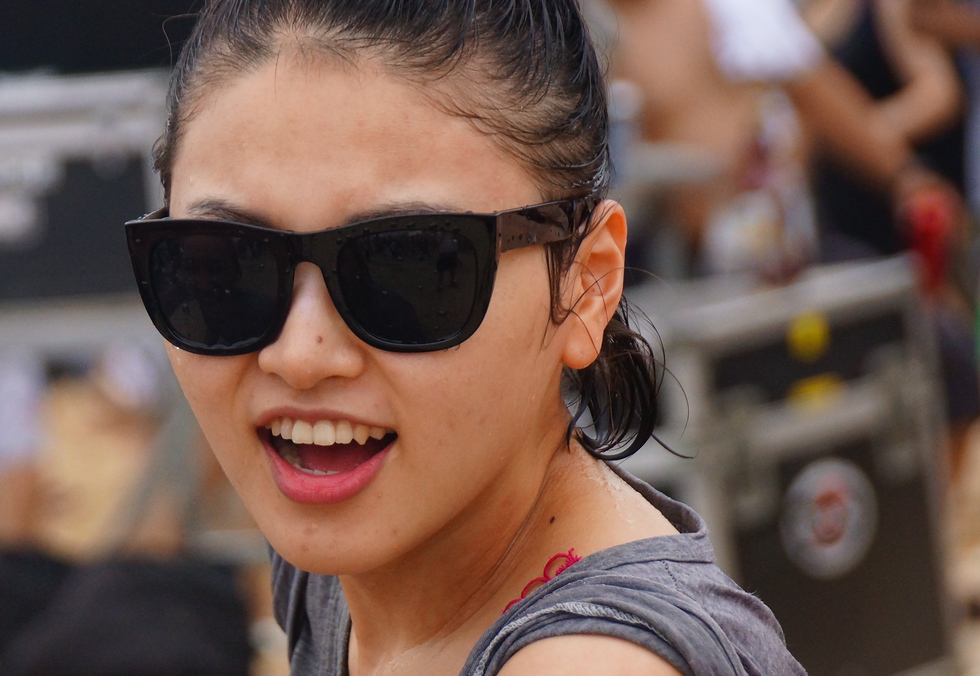 A candid smile from a Korean girl wearing shades and rocking out to the bands playing at the stage.

A group of women cheer each other on as they dance during the Boryeong Mud Festival.

Another shot depicting how much a of a good time many folks were having during the rock concert.

These men were chugging beer, yelling loudly and dancing to the beats coming from the stage.

A candid expression of a man dressed like a Canadian lumberjack.